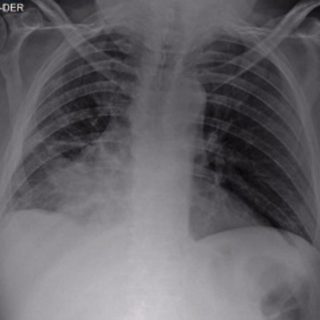 Aneumatosis of the right inferior lobe with evolution to atelectasis due to a carcinoma that occludes its bronchus.

The fissure in this lobe will move towards the vertebral column during collapse. 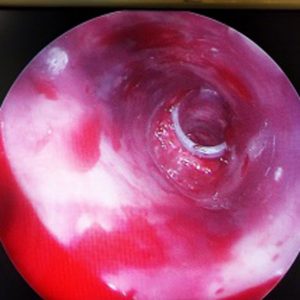 The indication of stents in distal or lobar bronchi was controversial (Journal of Bronchology & Interventional Pulmonology 24: 3; 211-215.2017).

Here from the inside of a prosthesis in the intermediate bronchus a small cone-shaped stent implanted after resection of the tumor and allowing the re-expansion of the right lower lobe is observed.